Major Depressive Disorder (MDD), also known as Unipolar Depression or Major Depression, is a disorder in which an individual’s daily functioning is impaired. The Diagnostic and Statistical Manual of Mental Disorders (2000) (DSM-IV-TR) defines MDD as having five or more of the following diagnostic features present nearly every day during a single 2 week period:

If these features are met (full criteria) for Major Depressive Disorder, several specifiers are applied to the episode, as defined by the American Psychiatric Association below: 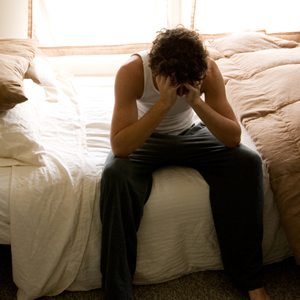 Several signs and symptoms are prevalent among those with MDD. These may vary with age group. Signs and symptoms of depression that may occur among adolescents include: decline in performance at school, withdrawal from friends, change in reactions to others comments, decrease in self-esteem, and problems with authority figures. The Annenberg Foundation Trust at Sunnylands Adolescent Mental Health Initiative  reports that there are several risk factors associated with onset of depression in adolescent youth, including: being a female, a predisposition through having a family history of MDD, negative family interactions that may trigger depression.

Research on the prevalence of Major Depressive Disorder is slightly varied, but with similar findings. The National Alliance on Mental Illness (NAMI) cited that nearly 15 million American adults, or 5% to 8%, are affected. Findings among children and adolescents reveal that the disorder is not limited to adulthood alone. Studies completed on the U.S. population found the incidence of MDD to be 0.9% in preschoolers, 1.9% in school-age children, and 4.7% of adolescents. A study conducted in the southeastern United States on adolescents 11 to 16 year of age support previous research, finding the 1-year incidence of MDD being 3.3%

Major Depressive Disorder is linked to many other disorders as well. Co morbid disorders occurring along with MDD are the following: Substance-Related Disorders, Panic Disorder, Obsessive-Compulsive Disorder, Anorexia Nervosa, Bulimia Nervosa, and Borderline Personality Disorder. Suicidal ideation is common among individuals with Major Depressive Disorder as well. The DSM-IV-TR reports that up to 15% of those with MDD die from suicide. The National Institute of Mental Health believes that “30 to 70% of suicides completed are by individuals with major depression”.

A variety of treatments currently exists for Major Depressive Disorder, including:

Within the use of medications, the initial effect of the antidepressants may not take place until two to four weeks into the start of treatment. In addition, it may take up to 12 weeks for the full effect to be felt.

Cognitive Behavioral Therapy (CBT) is a treatment in which negative thoughts are  the source for the depression, and these are replaced with positive thoughts. Interpersonal Therapy takes the treatment and links it to other individuals, looking at improving the personal relationships that may contribute to the depression.

Any of the previous treatments may be used for Major Depressive Disorder, whether it is singularly, or in combination with another and have proven effective according the National Alliance on Mental Illness(NAMI). However, NAMI reports that, “Research demonstrates that a combination of medication and psychotherapy is often the most effective treatment”.

Within the population of children and adolescents with depression, it is suggested that a biopsychosocial approach is used. According to Lewis, this approach incorporates medication, therapy, and includes not only the individual but the family as well. In addition to previous therapies mentioned, play therapy, the life stress model, and parent training may be included. Play therapy is most often used among the younger population and provides a nonverbal interaction that may show life stressors. The life stress model is a therapy in which children and adolescents either rid themselves of, or learn how to cope with life stressors. Lastly, parent training is incorporated in order teach parents how to demonstrate appropriate behaviors, and how to react to their child’s behaviors.

In order to educate individuals about what Major Depressive Disorder and depression are, it is important to look at what they are not. In Living with Depression: A Survival Manual for Families (Third Edition), Kim Poling, L.S.W., reports many current myths people have about depression. The following are myths she describes:

Major Depressive Disorder may occur at any age, to anyone. A myriad of treatment is widely available, depending on the level of the disorder and the symptoms, as well as age. Education is the key, learning the truth about the disorder and dispelling myths. It is imperative to know the signs and symptoms of Major Depressive Disorder, as well as what actions to take if someone is demonstrating them.